Versions of the following opinion column were published in the Albuquerque Journal and the Milwaukee Journal Sentinel on January 1 and 2, 2005, respectively.

To my knowledge, remarkably, no corollary personal ethic has so succinctly been proposed to nurture democracy.  Yet if democracy, as popularly defined, means government of, for, and by the people, then the disposition of the people toward their government is critical to democracy.  That democratic disposition, or civic ethic, does not simply mean belief in representative government and individual rights.  Nor is it simply a willingness to pay attention and vote once every one to four years when an election rolls around.  The civic ethic is an ongoing lifestyle, a set of everyday actions and attitudes that allow democracy to flourish the more citizens practice them. 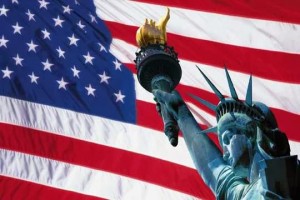 With a new year upon us, with its ritual reflection on how we can become better persons, here are three components of a civic ethic ever more needed in our conflict-ridden yet interdependent world:

A Public Work Ethic: First and arguably foremost, democracy demands citizens disposed to work together to pursue common goods, from a local dog park to world peace.  This “public work ethic” must be as strong if not stronger than the tempting disposition to withdraw from public life into what political scholar Alexis de Tocqueville called our “small, private circles” of like-minded friends and family.  In a diverse country and world often deeply divided, engaging those different from us in ongoing, civil ways is far more important than engaging the like-minded.

A Sociological Imagination: Perhaps one of the best ways to nurture a public work ethic is to develop citizens’ “sociological imagination,” a term sociologist C. Wright Mills coined to refer to the ability of individuals to connect their private troubles to public problems.  The connections are countless and profound, including household debt and the vast credit economy, obesity and food industry practice, work-family pressures and labor laws, teen delinquency and the modern segregation of youth from adults, alcoholism and unemployment rates, to name just a few.  The more inclined we are to grasp these connections, the more inclined we may be to engage with public issues.

Ambivalent Passion: Passion for an ideal – whether that ideal be conservative, moderate or liberal – likewise moves citizens to engage more than does the dispassionate reason some political scholars advocate.  But citizens also need ambivalence to temper their self-righteous passion.  Ambivalence entails a number of virtuous dispositions, such as the dispositions to recognize the limits of our ideals and the strengths of competing ideals, to question rather than demonize or deify, and to consider the consequences of the means we pursue to achieve our ideals.  Passion and ambivalence can and do often conflict, and so being ambivalently passionate is an ongoing, self-critical balancing act.

These civic virtues need not be learned only in school.  Indeed, to the extent that citizens learn any civic virtues, as well as civic skills (effective public speaking, media outreach, meeting facilitation, etc.), they more often learn them through practice rather than school.

Accordingly, it behooves governments, local to national, to promote the practice of democracy among their citizens just as energetically as companies market their products to these same citizens (but without the cynical manipulation business marketing too often entails).  As sociologist Herbert Gans once said, if citizens will not come to democracy, then democracy must come to them.  Democracy comes to citizens not only when governments make it easier to vote, but when governments encourage more substantial citizen engagement in the decisions that affect their lives.  There is no lack of ideas for broadening citizen engagement – from policy juries to televised town hall meetings – but there has been a lack of public will, especially when so many view government as an impediment to, rather than a tool for citizens’ development.

Perhaps the best point of departure for opening discussion regarding government’s role in nurturing a civic ethic is this counter-intuitive idea: representative democracy is not opposed to direct democracy, but rather requires it.  For our representatives to be accountable and responsive to citizens, citizens need to be continually, not episodically, engaged in the public decisions that affect their lives, regarding everything from local zoning to global security.  Practice nurtures vigilance.  Otherwise, we get what we have: representatives who respond more to the engaged and well-heeled minority than to the less engaged majority.