A shorter version of this article was published in the Harvard Crimson, Harvard University’s principal student newspaper, in 2005, and is available online here.  The full article is also available online at thepolity.net here.

A few years ago, I received news from Deerfield Academy, a prep school in Massachusetts and my high school alma mater, that its headmaster, Eric Widmer was to become the first headmaster of the newly formed “King’s Academy,” in Madaba, Jordan. As Deerfield’s alumni newsletter indicated, The King’s Academy aspires to be a “training ground for the region’s next generation of business, community, and government leaders.”

Sounds altogether laudable. It is, after all, perhaps the highest aspiration of ambitious schools – especially preparatory schools and many colleges and universities – to become “training grounds” for the best known “leaders” since such boosts a school’s prestige, and higher prestige brings more student and faculty applications, selectivity and funding. 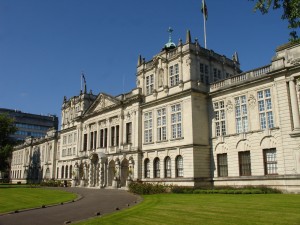 But does this “leader training ground” approach to education advance the public good? Surely it does if students are selected from far and wide according to their academic merit rather than their social status, right?

Contrary to common belief, this approach fundamentally undermines the public good regardless of how meritocratic it may be. Determining what is the public good can be an endless debate, but if we as modern people maintain that democracy is a critical part of any public good there is good reason to question the “leader training ground” aspiration of most schools.

Behind the Meritocratic Mask

Many if not most well-meaning people in modern societies see education as the rightful engine for social progress. Underlying this belief is the modern conviction that merit – rather than birth, tradition, race, gender, class, religion, age, sexual orientation, etc. – should determine advancement up the social “ladder” or hierarchy.

Such meritocracy is a nice idea except for at least two problems. First, those who apply to good schools and do well in school come disproportionately from privileged families, which tend to have more time, taste and money for education. So, no matter how meritocratic the school, most of its student and faculty applicant pool hails from middle and upper class families. Second, no matter how meritocratic the school, current meritocracy rarely questions the social ladder’s height, let alone its existence. Meritocracy simply seeks to ensure free movement up and down the ladder so that those most capable rise while those least capable fall.

Accordingly, far from reducing social inequalities, meritocratic schools perpetuate and intensify inequalities. As prestige-conscious school administrators know well, a school’s prestige thrives when it attracts and produces elites, people who command the highest positions in major political, economic and cultural institutions. Schools may well seek to achieve need-blind admissions and advance knowledge for the common good, but these efforts leave intact the ways they deepen social inequalities through their taken-for-granted practices, including the following:

First, professional administrators, faculty, and members of state, national or global economic, political and cultural elites – not the whole school and surrounding community – make the vast majority of the school’s decisions.

Second, prestige-hungry schools seek to distinguish their faculty and students in significant part by professionalizing knowledge, strengthening alumni connections, and plucking the most promising youth from across the nation or world, including those from the most troubled communities.

Routinely putting decisions in the hands of a few simultaneously consolidates the power – skills, knowledge, connections, wealth, entitlement, etc. – of the few as it takes that power away from most. As political scholars note, the less most people are directly involved in the decisions that affect their lives, the less interested they are in such decisions, but also the fewer their resources.

In turn, professionalizing knowledge concentrates the production and consumption of legitimate knowledge in the hands of fewer people. Strengthening alumni connections turns putatively meritorious students into social climbing graduates who may climb as much if not more because of their connections as their merit. In turn, plucking promising youth from troubled towns may advance a school’s prestige, but this individualistic approach does little to nothing to solve community problems as it propels those youth up the social ladder, rarely to return to live in their troubled communities of origin.

In educational theory, three twentieth-century classics – John Dewey’s Democracy and Education, Ivan Illich’s Deschooling Society, and Paolo Freire’s Pedagogy of the Oppressed – all make the same two crucial points: learning is a life-long process, and it occurs as much if not more outside as inside the classroom. In turn, in his book The Credential Society, sociologist Randall Collins’ provocatively argues that schools provide degrees or credentials more than education since many if not most job skills are learned on the job, and credentials serve to monopolize jobs and other resources in the hands of those credentialed.

In political studies, an important axiom is that democracy requires some level of equality. Of course, the definition of democracy and the level of equality remain ever debatable. Nonetheless, while most people may think of democracy as popularly elected representative government, democracy can also be defined in a more participatory way as making history by making everyday life, as sociologist Richard Flacks proposes in his book, Making History. In turn, while most people may think of equality as the leveling of income or wealth, equality can also mean shared life experience. These conceptions of democracy and equality both focus on everyday life activity more than material or legal power.

Given the prior-stated limitations of “leader”-training, prestige-seeking meritocratic schools, these points about education, equality and democracy inspire the following ideas to nurture rather than undermine democracy – an important component of the public good – in schools:

First, schools that practice rather than simply espouse participatory democracy do not assume a few make the decisions while the rest in the school community study physics, teach classes, clean floors, or serve meals. If democracy entails some substantial measure of sharing in the making of history or decision-making through everyday life rather than when an election rolls around, then schools need to be democratized so that all of a school’s participants – including students, teachers, administrators and custodians, cafeteria workers, etc. – participate together, routinely in school decision-making large and small. Routine and shared decision-making helps bridge the silent social divides between teachers, students, and workers while it instills some of the most significant education – about community, decision-making, and power – as a lifelong process for all rather than the province of a credentialed few.

Second, rather than pluck promising students from troubled communities to propel them up the social ladder, democratic schools build long-term partnerships with communities near and far to together address their respective needs. Such an approach engages schools in directly tackling community problems – from poverty and crime to pollution and war – rather than extricating a few from social problems, leaving the problem in place for those remaining to endure. In return, the school community gains ongoing, invaluable, hands-on education in addressing public problems.

Third, schools committed to democracy more than prestige can accordingly devote their alumni networks to sustaining students’ nurturing relationships with communities as much if not more than fundraising and social climbing.

Fourth, schools can democratize by popularizing as much if not more than professionalizing knowledge. Schools can help advance the democratization of knowledge in various ways, including:

1) Reforming education, tenure and promotion so that students and faculty are rewarded as much for communicating with ordinary citizens as with academics.

2) Moving knowledge beyond journals and books and even the bare printed word to other media more people engage with, from television, film, the internet and radio, to posters, placemats, cartoons, and popular art of all kinds.

4) Making conscious education a lifestyle rather than a passing period(s) in one’s life by moving education into activities and arenas beyond schools, proliferating reading, writing and science clubs, provocative radio debates and lectures, scholarly film festivals, and more.

Of course, these are by no means the only possible paths to a more democratic education, nor is democracy limited to schools. But if members of educational institutions support genuinely participatory democracy, we have every reason to question and start changing some of our schools’ most taken-for-granted goals and practices. Democracy begins at home.