My Ph.D. dissertation is now a book published by Lambert Academic Publishing. The printed version of the book ain’t cheap ($90+) because Lambert prints on demand rather than in bulk, but the e-book version is free. If you want a free e-copy, just let me know via email at sociopolifrance@hotmail.com.

Here’s the book summary below. The book should be of interest to those who follow American politics, given ongoing concern about the political disengagement of young Americans — excluding the relative few who fuel many political campaigns and organizations. 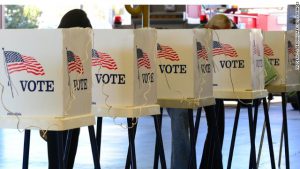 International issues like terrorism and climate change confirm the inescapability of politics and the significant impact the United States has on the world, for better or worse. Despite the importance of American politics, there is disturbing evidence that young Americans are politically less engaged than their predecessors. Given these concerns, political sociologist Paul Lachelier conducts in-depth interviews with young American professionals — whose work, as professionals, inclines them to be more politically active — to learn what they think about politics, community and citizenship. Lachelier’s interviews reveal that some young Americans uphold what he calls a “civil-civic citizenship” which stresses politeness and charity, but eschews politics, especially partisan and collective politics. Lachelier contends that this civil-civic citizenship is in some ways politically disengaging because it prioritizes forms of individualism inimical to collective action.