Toward a Living Democracy

The following article was published in the Boston Globe on July 6, 2002, and was posted at Common Dreams online here.

FORTY YEARS AGO, a clarion call for democracy was issued from the banks of Lake Michigan. The Port Huron Statement, produced by Students for a Democratic Society, gave voice to the alienation of young people from an increasingly bureaucratic, militaristic, corporate nation.

The statement’s solution was ”participatory democracy,” a simple, yet compelling concept – that people should have meaningful say in the decisions that affect their lives. The Port Huron Statement inspired a generation of activists to take to the streets, risk their lives for the civil rights movement, and to oppose the Vietnam War. 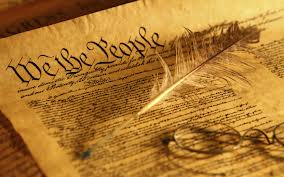 These were people who took democracy seriously, making it a part of their everyday lives and challenging politicians whose self-serving actions stained it with cynicism.

Forty years later, democracy is in crisis in Massachusetts. The number of competitive races for the state Legislature is an embarrassment; voter participation is abysmal; and Latinos and other minorities are underrepresented at all levels of government. The crisis is also reflected in a deep and widespread sentiment that our votes don’t count, that politicians are more concerned with maintaining their power than representing their constituents, and that government is itself a problem, not a mechanism for repairing social ills or providing important services.

We understand the source of this feeling. But we also have a vision of democracy that is hopeful, inspiring, and powerful. For us, democracy is more than a system of government in which (some) people vote every four years. It is not just something one does alone in a voting booth. Nor is democracy confined to the corridors of Beacon Hill and Capitol Hill.

But to fulfill this vision, we must bring democracy to the people. We must make it accessible, practical, and engaging. Only when people are informed, involved, and empowered will democracy be something that we do as opposed to a staid, unmoving object. The following three proposals would invigorate democracy in Massachusetts.

Instant runoff voting. This allows voters to rank candidates in order of preference. If one candidate does not receive a majority of the votes, an ”instant runoff” occurs by eliminating the candidate who came in last, and allocating the votes of his/her supporters to their second choices. This reform would eliminate the concern over ”spoilers,” helping diversify the political field by invigorating so-called ”third parties.” It would also promote more positive campaigning since to win a candidate may need second-choice votes.

Deliberative opinion polls. Typical polls provide a quick snapshot of public opinion – their purpose is to inform us, and politicians, of what we think. The purpose of deliberative opinion polls, as proposed by political scientist James Fishkin, is to increase public understanding of important social issues and where our political leaders stand on them. These polls involve publicly televised discussions between a representative sample of citizens, public policy experts, and political candidates. Only after discussing their own perspectives with those of the experts and politicians, do the assembled citizens cast their votes for their preferred candidate.

We propose extending this concept into policy-making. The Commonwealth could invest as little as $5 million annually to organize quarterly ”town hall meetings” in which residents participate in televised discussions of pressing social issues. Such discussions, properly organized and promoted, could help ”turn on” our ”tuned out” citizenry on to politics and show how government can be a part of the solution, not the problem.

Paul Lachelier is a Green Party candidate for state representative in Somerville and Cambridge. Eric Weltman is the Organizing Director for Citizens for Participation in Political Action.