Given the United States’ outsized role in the world, and Clinton and Trump’s quite different positions on foreign relations, the time seems ripe for Americans to ponder their positions in the world.

A few years ago, as an assistant professor of sociology at Stetson University in Florida, I taught an introductory sociology class every semester.  Early on each semester, when my students learned about the sociology of culture, I would ask them in class “are you a cultural relativist, or a cultural universalist?”  I explained that a relativist chooses to respect people’s different cultural practices while a universalist (or absolutist) insists that there are certain universal values and practices that all nations should respect regardless of their particular cultures. 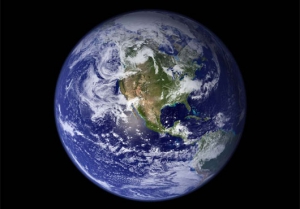 It may come as no surprise that when simply presented with that question and those definitions, my students tended to identify as relativists.  Countries like the United States that lean individualistic on the continuum from individualism to collectivism are more likely to produce relativists since individualism inclines people to respect individual and group differences, at least in principle, if not in fact.  However, I then posed the following issue-based questions, one after the other:

Question 1: Is it bad for people living in high-income nations to condemn the practice of child labor in poorer countries because we think youth belong in school?

Question 2: In 1997, two Iraqi brothers, aged 34 and 28, living in Nebraska were charged with statutory rape of their wives, aged 13 and 14, whom they married following Muslim law and the customs of their community in southern Iraq.  Was it right for Nebraska to prosecute the two men, or should their culture have been respected?

Question 3: What about female “circumcision,” also known as “female genital mutilation”?  Should nations intercede to stop this painful and sometimes deadly practice, or should nations respect cultural differences?

As you might expect, a lot of my students qualified their relativism as we moved from Question 1 to Question 3.  Many defended child labor in poorer nations, but maintained that people should follow the laws of the country in which they reside, and grimaced to learn about female genital mutilation, but weren’t sure how to respond to its practice abroad.

This question of relativism vs. universalism seems all the more relevant now as the U.S. presidential contest spurs debate about how and how much the United States should engage with the world.  Relativism, in principle, inclines people not to meddle in the affairs of other nations out of respect for their own sovereign ways of doing things, however much we may find these ways — like child labor, child marriages, and female genital mutilation — reprehensible.  Universalism, in principle, inclines people to promote their values abroad, and for westerners that can mean banning child labor, early marriages and female genital mutilation, among other practices driven by religious tradition or economic hardship.

In the United States, how the majority of Americans feel about foreign relations depends substantially on domestic economic conditions.  In economic downturns, Americans tend to lean isolationist or protectionist.  Isolationists (as critics sometimes deprecatingly call them) generally believe the United States should focus its resources more on its own people’s needs, and not get involved in other nations’ often thorny issues.  In contrast, internationalists believe the United States stands to gain in the short and long-term by engaging more with the world, culturally, economically and/or politically.

There are, of course, right and left-wing versions of these positions.  Leftist isolationists call for worker-protecting trade barriers and greater domestic investment while right-wing isolationists are more likely to call for withdrawal from the United Nations and crackdowns on illegal immigration.  In turn, left-wing internationalists call for advancing human rights and elevating living, work and environmental standards worldwide while right-wing internationalists are more likely to call for strengthening security, democracy and/or capitalism by economic sanction, or force if necessary.

If you lean toward relativism, how to engage abroad seems simple on its face: don’t interfere.  If you lean toward universalism, however, should the United States only act when it can get other nations on board (multilateralism), or should the U.S. go it alone when it can’t find partners (unilateralism) so long as it’s doing the right thing?  And, what courses of action are appropriate and effective?  Should the U.S. government simply issue a public condemnation, try diplomatic dialogue, offer economic incentives, fund nonprofits fighting child labor, child marriages, female genital mutilation, and other practices we oppose, or threaten military action?

Underlying your answers to these questions are fundamental assumptions, conscious or not, about what motivates people and nations.  So-called “realists” believe people and nations are motivated foremost by self-interest, and this accordingly drives nations to seek security, economic advantage, political prestige, and/or military glory, depending on their governments.  Idealists, on the other hand, assert people and nations are or should be motivated by ideals, whether religious (e.g., Christianity or Islam), political (e.g., democracy or nationalism), economic (e.g., capitalism or socialism), or otherwise.

These varied and overlapping positions can help any citizens of the world think more deeply about how they and their government should engage with the world.  But it’s especially important for people in the most internationally powerful nations — like the United States, the United Kingdom, France, Russia and China — to think about their positions and answers to these questions.

So, are you a universalist or relativist?  An isolationist or internationalist?  A multilateralist or unilateralist? A realist or idealist?