The majority of American 8th graders failed a nationwide test of proficiency in civics, history and geography in 2014, according to a recent report released by the National Center for Education Statistics (NCES). The report underscores the need for creative approaches to nurture a culture of learning in everyday life.

More than 29,000 8th graders in public and private schools nationwide participated in the 2014 National Assessment of Educational Progress (NAEP). The students answered multiple choice and open-ended questions on the following themes: 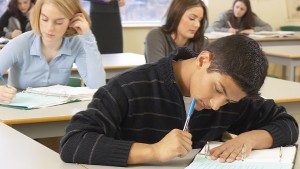 The results show that 27% of 8th graders scored proficient or advanced in geography, 23% scored so in civics, and just 18% did in U.S. history. Further, the vast majority of these students scored proficient; only 3%, 2% and 1% of all students tested scored advanced in geography, civics and history, respectively. The remaining majority of students demonstrated basic or below-basic knowledge:

The good news is that overall student scores have improved slightly in civics (from 150 to 154 out of 300 points), and history (from 259 to 267 out of 500 points) from 1994 to 2014, with the lowest performing students showing some of the strongest gains in all three subject areas. The bad news is that the improvements overall over the last twenty years have indeed been slight, and that most students still fail to attain proficiency.

The NAEP is the largest nationally representative and ongoing test of U.S. students’ knowledge in math, science, reading, writing, the arts, civics, geography, economics, American history, and since 2014, in technology and engineering. The first national assessments were conducted in 1969, and have since occurred every two to four years. The NAEP tests students at critical 4th, 8th and 12th grade junctures, and provides a rich, long-term measure of educational proficiency and progress.

I suspect that if NAEP tested the same students’ knowledge of major league sports, video games, movies and television entertainment alongside geography, civics, history and the other subjects it tests, their scores would be higher on the former. I say this less to denigrate students for what they are drawn to. Afterall, most if not all human beings, not just young students, tend to be more attracted to entertainment than education, especially because popular entertainment is typically more visual, fast, simple, emotional, attractive and/or extraordinary while learning is typically slow, complex, rational and challenging.

For these reasons, for most kids most if not all their education happens in schools, where children are required or feel compelled to go. Outside of school though, now perhaps more than ever, children lead very different lives. With intensifying educational and job competition plus rising income and wealth inequality, upper and upper-middle class parents are investing more money and time into after-school and weekend enrichment – tutoring, test prep, music, arts, travel, etc. – (not to mention better schools) for their kids (Lareau 2003, Putnam 2015). In contrast, lower-income parents often don’t have the resources or wherewithal for such investment so their kids are more likely to play on their own, naturally gravitating to video games, TV, and other alluring entertainment.

Of course, much can still be done in schools to improve student learning, but a lot of public discourse on education pays insufficient attention to what happens outside of school. There is, no doubt, much and longstanding interest in how families, nonprofits and governments can nurture children’s development (e.g., see Cotton & Wikelund 1989, Carter 2002, Harvard Family Research Project 2012). But there is less attention paid to developing new ways to nurture a wider culture of learning to counter the pervasive entertainment industry. Educational video games are proliferating, yet still constitute a small fraction of video game sales.

Learning Life’s approach to nurturing a wider culture of learning is different. By spreading knowledge (e.g., facts, questions, comparisons) on important public topics from food psychology to terrorism through everyday surfaces – napkins, placemats, fortune cookies as well as PCs, tablets and phones via our website and social media pages – we’re working to develop not deliberate learning, but incidental learning: the unplanned occasions for learning in everyday life. Using everyday surfaces to spur incidental learning is not a panacea, but it is a largely undeveloped tool for nurturing a wider culture of learning, especially among the too many students failing knowledge tests like NAEP.