In trying to understand why most Americans loathe politics, the mistake many observers make is to focus on politics rather than Americans.  Common answers finger the lies, egos, corruption, obsequiousness, partisanship, money, and other more or less unsavory features of politics.  But these features of politics don’t explain why some people are much more engaged with politics than others regardless of the latest political fiascos. 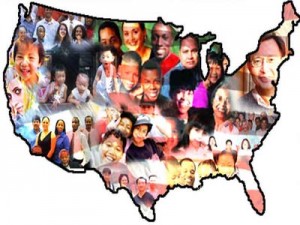 Thus, whether one loathes or loves politics may have less to do with what goes on in politics and more to do with one’s social situation.  In life, birds of a feather flock together.  Opposites do not attract.  Hence, people with more education, income and political friends and family tend to flock together, just as people with less of these cluster together.  Most of us accordingly live in politically connected or disconnected ghettos.  (Sadly, political campaigns often reinforce political ghettoization by ignoring those who don’t vote since those without a voting record are least likely to vote.)  So when politics comes knocking in the most conspicuous forms of a politician’s TV ad, or perhaps a high school civics lesson, how one responds depends as much if not more on our social context than the substance of the ad or lesson.

Why should anyone care if a person’s social situation goes farther than the ills of politics in explaining people’s taste for politics?  Because politics matters to everyone more and more, and because that education-income-network nexus makes politicians sing with a distinctly upper-class accent, to paraphrase political scientist E.E. Schattschneider.

While most Americans feel detached from politics, our lives are inescapably attached to politics in more ways than most of us realize.  As I tell my students, Americans cannot work, eat, sleep, walk, drive, or even breathe without politics affecting them.  Our local, state and/or federal governments shape wages and working conditions, food, home, auto and neighborhood safety, street and highway conditions, and air pollution, among many other everyday life conditions.

For better or worse, Americans still have more impact on the world than any other people on earth as workers, consumers and taxpayers.  Yet most Americans have little precise sense of just how much their lives are intertwined with those of countless strangers across the world through their work and leisure connected with multinational companies like Walmart, McDonalds, Disney and Exxon, and through the U.S. government’s far-reaching military, diplomatic and humanitarian engagements.

Whether or not Americans’ detachment from politics makes it harder for us to see our political attachments to the world, politics is inescapable in the modern world, as 9/11 should have made painfully clear.  Moreover, if we want our politicians to sing with an encompassing American accent rather than an upper-class accent, it is high time to think hard about how we can make politics an engaging part of every Americans’ life, regardless of one’s income, education or social networks.

One thought on “Why Americans Hate Politics & Why It Matters”