It’s been a week since Donald Trump was elected President of the United States, and many people across the world are still processing the news.  News discussion has naturally focused on how the political parties, politicians, and voters think/thought or acted.  Here, however, are three take-aways that reach deeper into the social dynamics that made Trump’s election possible.

As we will learn with a Trump administration, for better or worse, politics matters.  Politics matters because how people feel about their government determines whether they vote, and who they elect.

The trouble is, in the United States as elsewhere in the world, there is often a big disconnect between the life of government and the lives of ordinary people.  This, ironically, is despite modern government’s substantial impact (or lack of impact) on everyone’s everyday lives, affecting everything from our jobs, wages, taxes and retirement, to who we work, play, fight or live next to, to the food we eat, the water we drink, and the air we breathe. 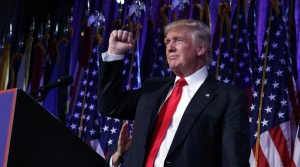 No one is intimately informed and engaged in all aspects of their government.  Nonetheless, there are degrees of disconnection, and most people in the world are largely disconnected from their governments.  Among the many consequences, according to political research, are that the disconnected:

Homophily is Reshaping Our World

Among the most significant social forces silently shaping our world is homophily.  Homophily is the tendency of “birds of a feather to flock together.”  This natural animal inclination can be helpful in a world where you need little more than your flock or clan to survive and thrive, but it is problematic in our diverse yet interconnected modern world.

Homophily means that when we can, we move into like-minded communities.  It also means that we seek information that confirms our prejudices.  At least two developments are reinforcing these problematic human tendencies.

First, the rise of the internet, smartphones, and profit-seeking algorithms that deliver all the content (and ads) we like and disappear all the content we don’t like is making it easier for all of us to surround ourselves with voices that affirm rather than challenge our own views.

Second, rising mobility and wealth across the world is making it easier for more people to move into what some sociologists call “lifestyle enclaves” where people share similar tastes in food, decor, hobbies, conversation, even pets.

These twin developments are nice because commonality brings comfort.  The trouble is that lifestyle accords considerably with politics (for instance, Republicans are more likely to own dogs and Democrats to own cats), and homogenous political communities are like echo chambers that intensify the views of their residents, making it harder for them to understand people with different lifestyles and beliefs.

When we see that we are nestled in what we might call “echo enclaves,” it becomes easier to see why so many were shocked by Trump’s election.

If Bernie Sanders had won the Democratic primary, he, not Trump, would likely be President now.  Why would a socialist Jew with a funny accent win against “The Donald”?  For similar reasons why a black man with a funny name became President twice: he’s an outsider who inspires hope, and speaks to mounting inequality.  Hillary Clinton made inequality a part of her campaign message, but so did Trump.  Yet Trump was perceived as an outsider, Hillary was perceived as the ultimate insider.

As the astute political observer, Walter Lippmann, noted nearly a century ago, there is a difference between the “the world outside and the pictures in our heads,” that is, between reality and our perceptions.  Perceptions are built on selections from, or fragments of an often very complex reality.  In some ways Donald Trump is in reality more of an insider than Hillary Clinton: until Obama was elected, only white men became U.S. President, and wealthy businesspeople have long had disproportionate power.  But this fragment of reality is not the one that the critical mass of American voters fixed upon in this election. They fixed on the reality that Clinton is a political insider, so this time, a business insider trumped a political insider.

Yet Trump won with the overwhelming support of less wealthy, less educated white Americans, many of them, like most people, disconnected from government, living in echo enclaves, and angry at the picture of increasingly privileged elites thriving while so many stagnate.  There is plenty of evidence that income and wealth inequality are increasing in a number of nations, including the United States.  This long election campaign demonstrated that that inequality helps fuel resentments that can ignite into violence.

There is no simple solution to these problems this presidential election brings to the fore.  However, connecting people meaningfully to their government, nurturing dialogue and relationships across echo enclaves, and tackling inequality can help bridge the divides this election has brought to light.

P.S. Learn more about what Learning Life is doing to nurture dialogue across divides through our Citizen Diplomacy Initiative.