The line between “information” and “knowledge” is frequently blurred in ordinary conversation, but it is worth delineating the two terms. Information may be simply defined as data, and data includes facts, concepts and theory, with theory used to connect and lend coherence to what can otherwise be a disconnected jumble of facts and concepts.   Knowledge, in turn, can be understood as the varying levels of personal or collective mastery of information. While information is stored on paper or computers, knowledge is stored in people’s minds. One may certainly argue with the way I differentiate knowledge and information here, but the distinction has the benefit of highlighting that (a) individuals and societies vary in their knowledge, and (b) data is in people’s heads and/or out there in the world. 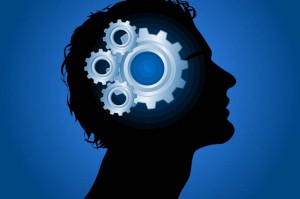 Individuals and societies’ knowledge depends in no small part on how freely available information is. Early human hunter-gatherer groups had relatively small stocks of knowledge that were transmitted mostly orally from generation to generation. Knowledge in such societies was not very unequally distributed because there was not much of it, and that which existed – on how to hunt or gather and prepare food, create clothes, weapons and shelter, make sense of their environment – was often widely shared to help ensure material and cultural survival.

However, as humans settled, developed agriculture, print and industry, the stock of information and knowledge grew substantially, as did the division of labor. As Adam Smith, widely considered the founder of modern economics, long ago noted in his classic study, The Wealth of Nations (1776), division of labor is vital to increasing the efficiency and wealth that mark modern societies. As labor and tools became more sophisticated, it made sense to make people specialize their labor, so they could each get better by focusing, and together, they could produce so much more.

Yet Smith also recognized that the division of labor increases inequality. As people specialize their work, some get menial labor that limits their capacities, including their knowledge, while others get substantive work that expands their capacities. Of course, people can and sometimes do pursue knowledge off the job, but the very unequal status, work and resources different jobs afford make for enormous differences not just in income, but in knowledge accumulation over years. Worse, people tend to pass on their unequal capacities and resources to their children, as numerous social scientists have documented (e.g., Bourdieu 1984, Lareau 2003, Murray 2012, Putnam 2015).

Just as there are sharp (and growing) income and wealth inequalities in the contemporary world (see Piketty 2014), so too are there sharp inequalities in education and knowledge. Inequality has existed in all human societies, but its extent varies widely depending in part on the extent of division of labor and the distribution of power, that is, who does what work and who controls what resources.

What economists call “information asymmetry” – situations in which one or more individuals have more or better information than others – is especially common in modern societies, where specialized information is essential to everything we own and do, from smart phones and laptops to cars and homes to stocks and bonds, and from eating and exercising to commuting, working, even playing. It’s not difficult to think of many common situations in modern societies in which people rely on those with more or better knowledge – teachers, coaches, doctors, tour guides, salespeople, repair-people, financial advisors – some if not all of whom have interests that do not align with those they are advising or guiding. Those who know more have an interest in withholding what they know, especially when that knowledge is power.

Information asymmetry and knowledge inequality are inescapable problems in part because of such withholding, and because division of labor is necessary to the complex operation and productivity of modern societies.

Furthermore, the modern world has become flooded with information, and not all that information is equal in value. As I have argued elsewhere, it is well worth distinguishing between trivial information – like who’s dating who in Hollywood, who’s winning at what sport, what are the latest fashions – and significant information (the latter I call signia – how to cook safely, administer first aid, operate a smart phone, get a job, or how governments, economies and ecologies work. Just as there is junk food and healthy food, in the world of information, there is trivia and there is signia. As easy, exciting and profitable as trivial information can be, often the most boring or complicated information is the most important (e.g., think economics).

Pervasive trivia, information asymmetry, and knowledge inequality are all common features of modern societies. And yet, modern democratic societies have an interest in more knowledgeable citizens because knowledge helps people make better decisions, whether as workers, parents, voters, consumers, or else. Accordingly, it behooves governments, nonprofits and others interested in nurturing citizens’ capacities to think of creative ways to spread signia and reduce knowledge inequalities.